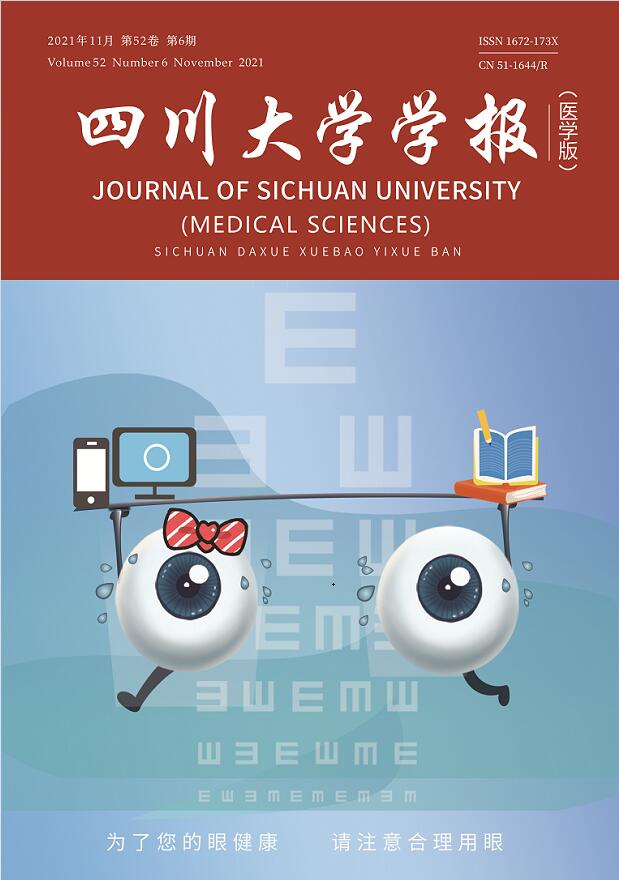 Supervisor: Ministry of Education of the People's Republic of China

Endoscopic Dilation to Treat One Case of Severe Intestinal Stenosis Caused by Endometriosis
LIN Bo, LU Qing, MA Hong-sheng, YANG Jin-lin
2021, 52(6): 1041-1043. doi: 10.12182/20211160109
Abstract(42) HTML (10) PDF 475KB(3) [Cited By] ()
Abstract:
A 46-year-old woman was admitted for repeated abdominal distention and constipation for more than 10 years and further deterioration for 5 years. Colonoscopy showed, in the sigmoid colon, nodular neoplasm protruding into the cavity, resulting in local intestinal stenosis, through which the endoscopy could not pass. Pathological findings of the biopsy sample revealed changes caused by intestinal endometriosis. The patient underwent multiple endoscopic dilatation treatments in our hospital and the interval between recurrences of intestinal stenosis was extended from 6 months to 4 years. Intestinal endometriosis can cause repeated intractable stenosis caused by the infiltration of ectopic glands in the intestinal wall, which usually requires surgical intervention. Herein, we report a case of severe intestinal stenosis caused by endometriosis in the sigmoid colon. Good results have been achieved through endoscopic dilatation treatment. This case suggests that endoscopic dilation has good application value in the treatment of this kind of disease, which needs further exploration and promotion.
Extranodal Rosai-Dorfman Disease of Anterior Mediastinum: A Case Report
LIU Jing, WAN Ying, PU Hua-xia, PENG Li-qing
2021, 52(6): 1044-1046. doi: 10.12182/20211160204
Abstract(41) HTML (8) PDF 441KB(6) [Cited By] ()
Abstract:
A 28-year-old female patient was referred to and admitted in our hospital for presence of anterior mediastinal mass for 4 years. Enchanced chest computed tomography (CT) revealed an anterior mediastinal mass of soft-tissue density measuring 7.1 cm×3.8 cm with slight homogeneous enhancement after intravenous administration of contrast agent. The mass was clinically considered a thymoma. Then, surgical excision of anterior mediastinal mass was performed under general anesthesia. Postoperative histopathology revealed that there were foamy histiocyte clusters on the background of fibrous tissue hyperplasia and hyaline, with lymphoid hyperplasia, infiltration of plasma cells, and the presence of emperipolesis of lymphocytes and plasma cells in the tissue cells. Immunohistochemistry showed S100 protein (+), cluster of differentiation (CD) 68 (+), CD163 (+), immunoglobulin G4 (+), and CD1a (−). Eventually, confirmed diagnosis of extranodal Rosai-Dorfman disease was made. The patient showed no clinical symptoms and no recurrence was found on CT images over the 3-year followup. In clinical practice, this disease should be differentiated from other anterior mediastinal masses such as thymoma, lymphoma, and teratoma.
Subacute Thyroiditis Following HPV Vaccination: A Case Report
XIE Qian, MU Xing-yu, LI Shuang-qing
2021, 52(6): 1047-1048. doi: 10.12182/20211160506
Abstract(65) HTML (11) PDF 392KB(14) [Cited By] ()
Abstract:
Subacute thyroiditis (SAT) is the most common self-limiting thyroid disease causing pain. The etiology of the disease remains unknown, but it is usually related to viral infection or allergic reaction after viral infection. SAT after vaccination is extremely rare. The patient had a fever of no clearly defined cause about 8 hours after receiving the first dose of a 0.5 mL 9-valent human papillomavirus vaccine (Gardasil 9). The highest temperature was 37.8 ℃, accompanied by a pain in the neck, fatigue and the increasing pain when swallowing. After the patient was admitted to the hospital, physical examination revealed Ⅱ° enlargement of the thyroid gland, which was hard and tender, and no vascular murmur was heard. There was no redness, swelling or ulceration at the vaccination site, and no obvious abnormalities were observed in other physical examinations. Laboratory findings were as follows: C-reactive protein, 25.20 mg/L; erythrocyte sedimentation rate, 55 mm/1 h; leukocyte, 4.94×109 L−1; thyrotropin, 0.137 mU/L; free thyroxine, 22.32 pmol/L; antithyroglobulin antibody, 69.18 IU/mL; anti-thyroid peroxidase antibody, 21.66 IU/mL. Thyroid ultrasonography showed diffuse enlargement of bilateral thyroid with uneven internal echo. The patient was diagnosed with SAT. After 5 days of treatment with ibuprofen, the patient no longer had low fever and the neck pain was relieved. The patient was followed up till now, and had completed the vaccination of the three-dose 9-valent human papillomavirus vaccine. The function of thyroid was found to be normal in follow-up visits, and SAT did not recur.
Other
《四川大学学报（医学版）》稿约
2021, 52(6): 1049-1049.
Abstract(48) HTML (18) [Cited By] ()
Abstract: